The Science Coalition today presented Congresswoman Rosa DeLauro with its Champion of Science Award in recognition of her strong commitment to funding the basic research that keeps the United States and the state of Connecticut at the forefront of scientific discovery and technological innovation.

“As a long time member of the Appropriations Committee, Congresswoman DeLauro has been a passionate and vocal champion of the investment in basic scientific research,” said Science Coalition President Tim Leshan of Northeastern University. “She knows firsthand the benefits of biomedical research, as well as the broader impact that research has on our society and our economy. We are very pleased to present her with this award.”

Congresswoman DeLauro is a cancer survivor, for which she credits biomedical research. She has been a strong advocate for increased funding for the National Institutes of Health. And as Ranking Member on the Labor, Health, and Human Services Appropriations Subcommittee, she has been outspoken about the devastating effects of sequestration on scientific research.

“No one has been a better friend or a more vocal advocate for federal support of science than Rosa DeLauro,” said Yale President Richard Levin. “She has worked diligently to persuade her colleagues that federal investment in science leads to a better society for all — cleaner air and drinking water, less expensive energy, more precise medical diagnoses and effective treatments for them. In short, science ultimately lessens suffering and helps us prosper. Related new technologies also result in new companies and more jobs. It’s my hope that her continued efforts on behalf of scientific research, discovery, and innovation will make possible a brighter future for all Americans.”

The award was presented to Congresswoman DeLauro by Yale President Richard Levin at an event at the University’s Center for Engineering Innovation and Design in New Haven, CT. Also attending the presentation were Yale President-Elect Peter Salovey and a group of University deans and department chairs. Yale University is a member of The Science Coalition.

“Receiving this award at Yale – a center of scientific excellence – is a special honor, as is representing the university community in the Congress. I want to thank Yale for nominating me and all the members of The Science Coalition for pushing forward the frontiers of knowledge. Their work on the latest discoveries and innovations encourages Congress to develop policies that reflect and draw from sound scientific principles and practices,” said Congresswoman DeLauro. “As an ovarian cancer survivor, I hold a special place in my heart for all that scientists and researchers do, and I will continue to fight for the resources that enable them to do crucial, lifesaving work.” 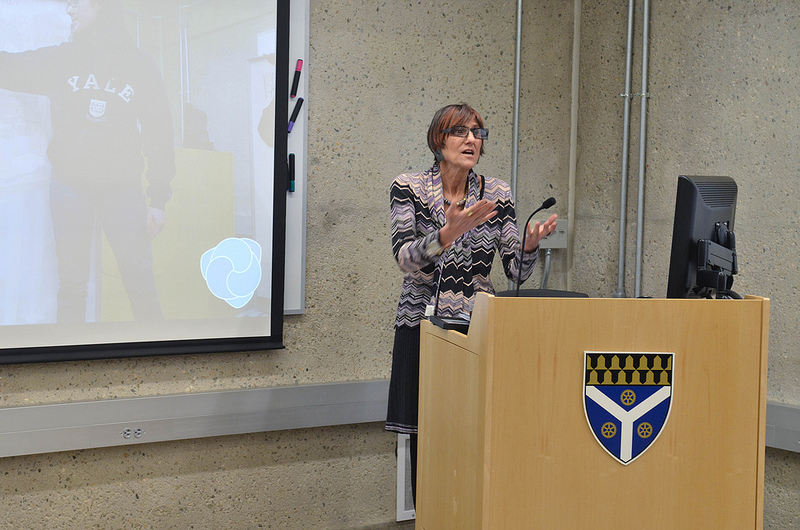 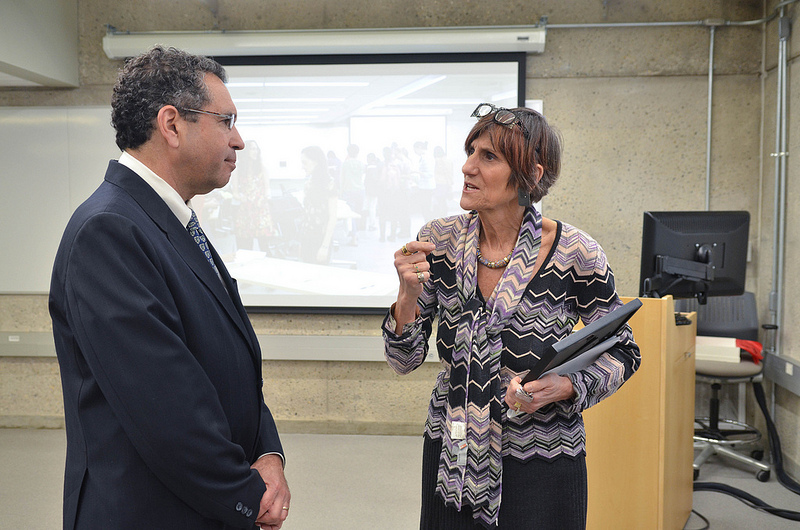 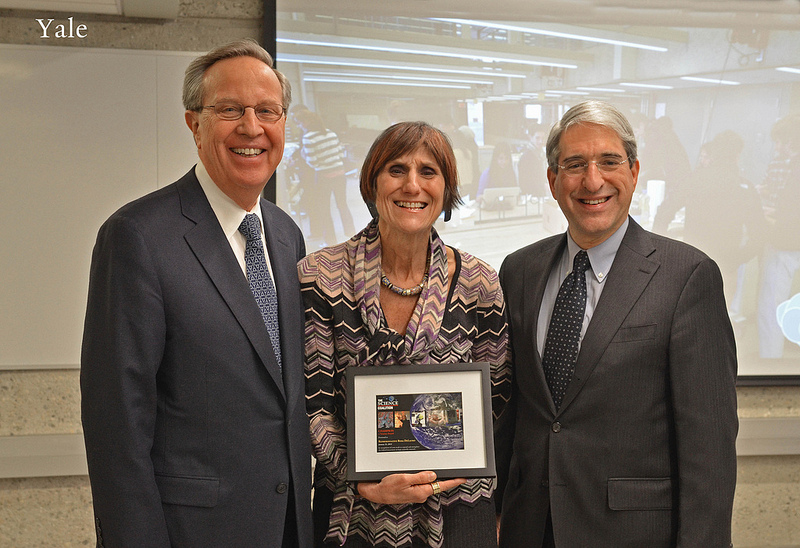