The Science Coalition today honored Congressman Edward Markey with its Champion of Science award in recognition of his strong commitment to funding the basic research that keeps the United States and the state of Massachusetts at the forefront of scientific discovery and technological innovation.

“Congressman Markey is a longstanding and passionate supporter of science and of the need for strong federal investment in research. He has worked across the aisle and on behalf of all areas of science to help ensure that America remains at the forefront of technological innovation,” said Science Coalition President Abby Benson of the University of Colorado. “We are very pleased to present him with this award.”

A long-time member of the Energy & Commerce Committee, Congressman Markey has been outspoken in his commitment to research and development, supporting legislation that has led to advances in energy, technology, and biomedical research. Congressman Markey has worked with other Champions of Science, including Congressman Brian Bilbray (R-CA,) on efforts to increase the National Institutes of Health’s budget. This year, their letter to the House Appropriations Committee attracted some 150 members of Congress to sign-on in support of the budget increase. Congressman Markey’s leadership has been a critical factor in ensuring continued strong support for NIH research.

“The life science research we are doing in our laboratories today will result in therapies and products that will improve human health and help to support our life sciences economy in the years to come,” said Boston University President Dr. Robert A. Brown. “We can’t do that without the support of the National Institutes of Health, and Congressman Markey, who clearly understands the benefits to society that come from a strong and robust NIH, has long been one of the leading voices in support of federal research funding.”

“As leader of key Congressional committees, Congressman Markey has consistently spoken up for science and given science a national platform to speak for itself,” said Massachusetts Institute of Technology President L. Rafael Reif. “He understands that sustained federal investment in scientific research is pivotal to the nation’s future, and he is a superb advocate for the cause on Capitol Hill.”

“We thank Ed Markey for his tireless support of science, and in particular his championing of university based research as a pathway to knowledge that can unlock the future, strengthen the local economy and address the health and security needs of the nation,” said Harvard President Drew Faust. “We are delighted that through The Science Coalition, Congressman Markey is being recognized nationally for what we know so well here at home.”

“Research universities advance the frontiers of scientific discovery,” said Northeastern University President Joseph E. Aoun. “Congressman Markey has been a strong ally of university research, and his efforts have played a significant role in our success. At a time when federal resources are limited, we are particularly grateful for Congressman Markey’s unwavering support.”

“I am honored to receive this award from The Science Coalition, and I look forward to continuing my work to fight for full federal funding for scientific research,” said Congressman Edward J. Markey (D-Mass.). “Whether it’s a treatment for a life threatening disease or new materials to make solar cells more efficient, the scientific research done in this country in the past has made history – galvanizing action, spurring the economy and making life better for future generations. The need to support quality science and research remains as important now as it ever has been. For our future scientific endeavors to produce the next generation of life-changing results, such as a cure for Alzheimer’s disease or new energy production technologies to begin to reverse the damage done to our climate, we need to ensure that our universities, laboratories and research institutions continue to receive the support that fosters breakthroughs and helps maintain American leadership in science and technology.”

“Committed as the Museum of Science is to STEM education, we are honored to host the Science Coalition’s Champion of Science Award and we congratulate Rep. Ed Markey on his nearly four decades of science, technology and engineering advocacy,” said Museum of Science President and Director Ioannis Miaoulis. 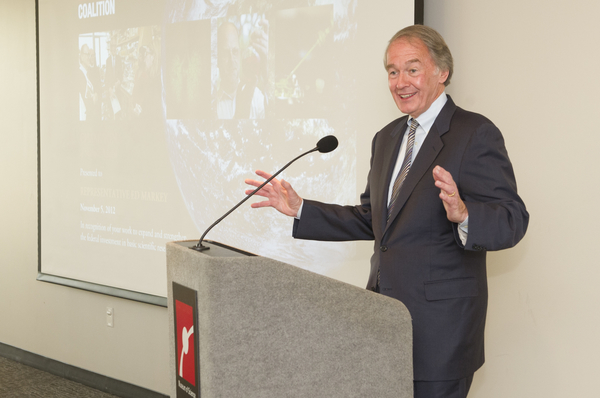 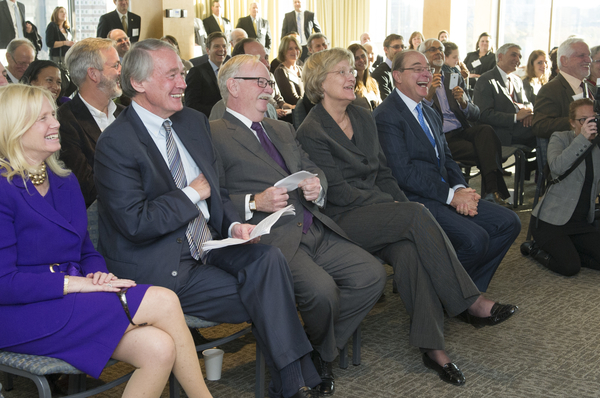