The Science Coalition today presented U.S. Senator Dick Durbin with its Champion of Science Award in recognition of his commitment to funding the basic research that keeps the United States and the state of Illinois at the forefront of scientific and medical discovery and technological innovation.

Entrepreneurs, researchers, students and university representatives attended the event to thank Senator Durbin for his leadership on issues important to science and technology and to hear about new legislation he is introducing, the American Innovation Act, to fund basic scientific research. The goal of the American Innovation Act is to put funding for basic research at five agencies – the National Science Foundation, the U.S. Department of Energy Office of Science, Department of Defense Science and Technology Programs, the National Aeronautics and Space Administration (NASA) Science Directorate, and the National Institute of Standards and Technology – on a consistent, steady growth path over the next decade. It complements legislation introduced by Senator Durbin in 2014 that would similarly provide funding growth and certainty for the National Institutes of Health and certain other agencies focused on biomedical research. 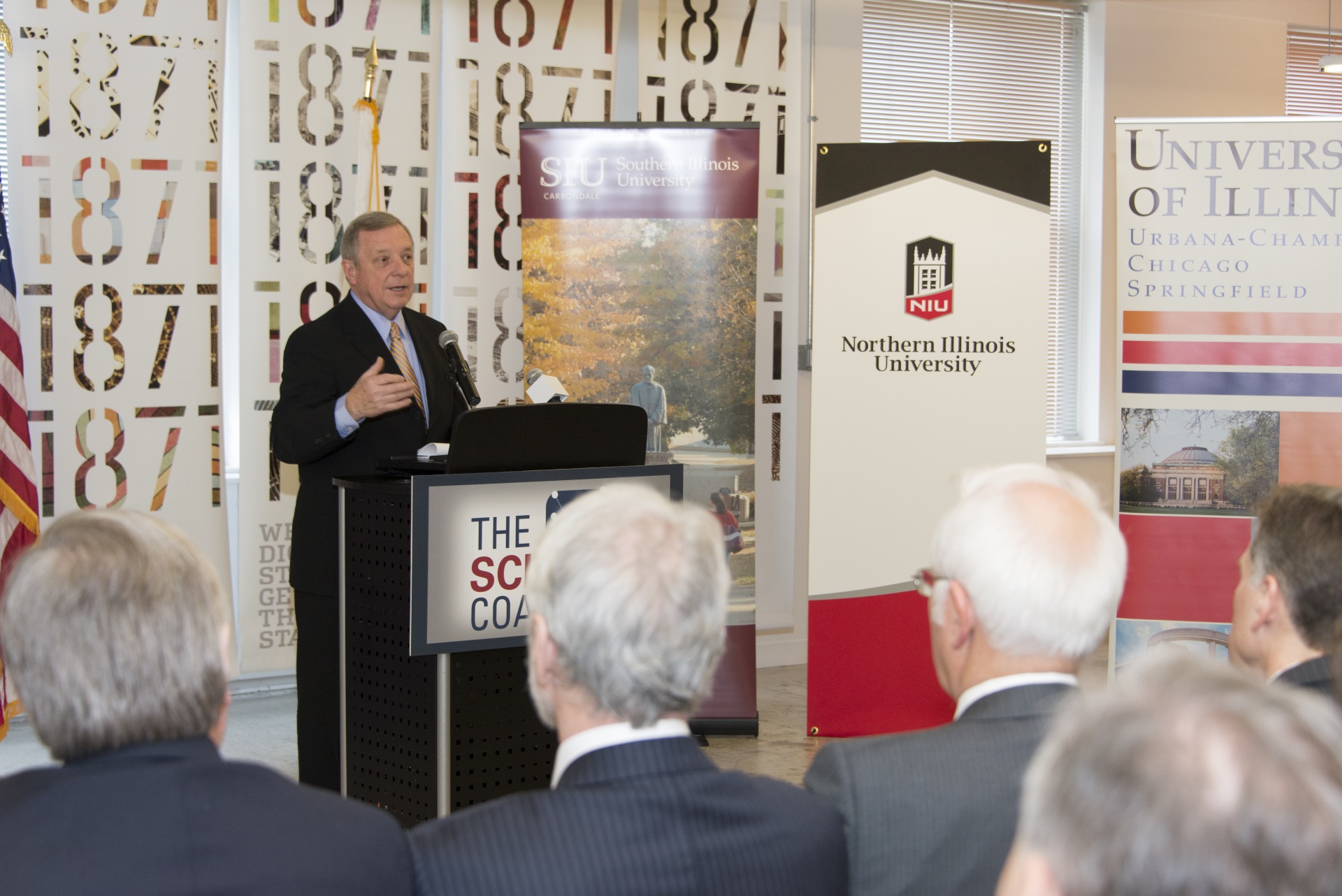 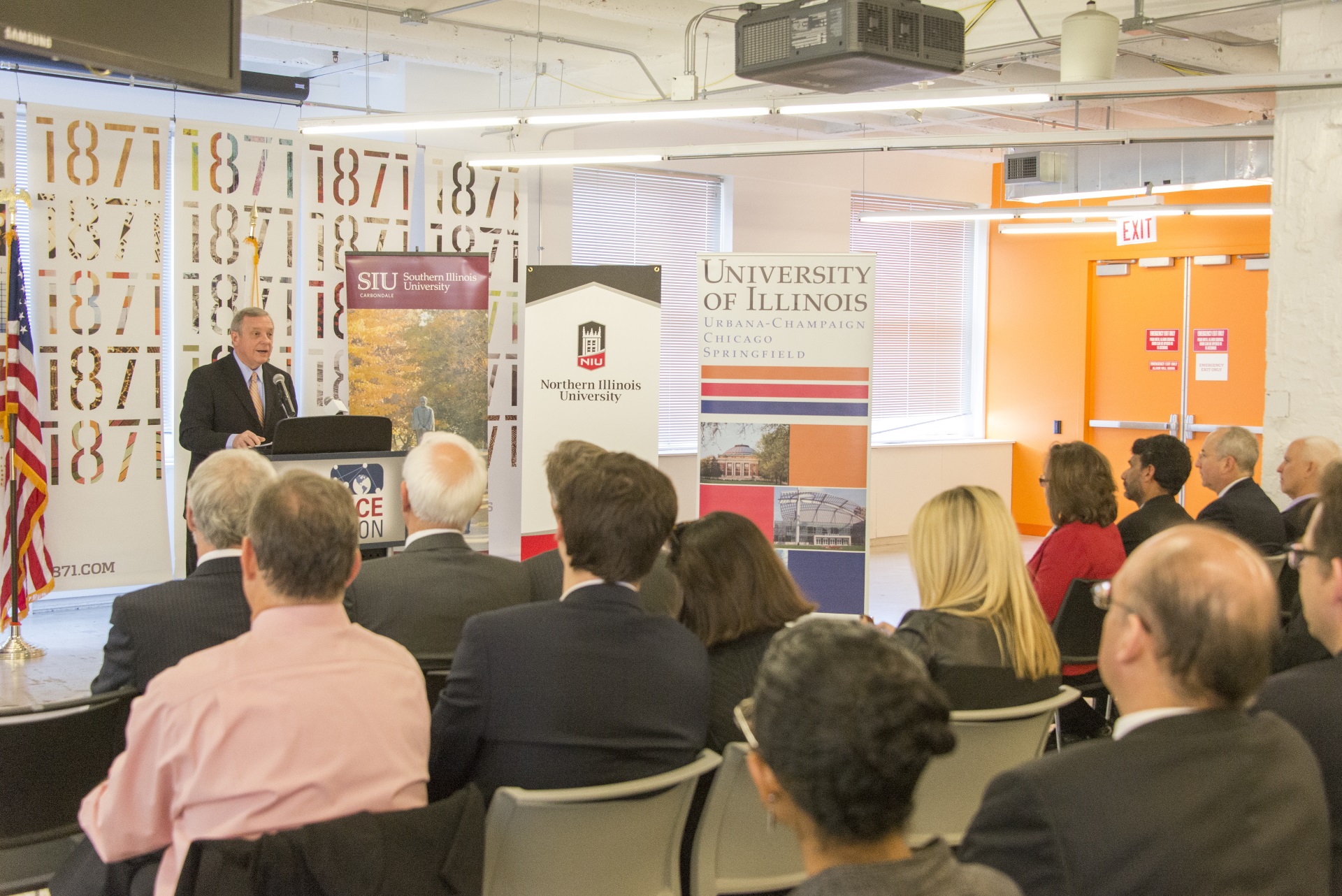